Thanks to all my students for great performance on 2015 Kiwanis competition! 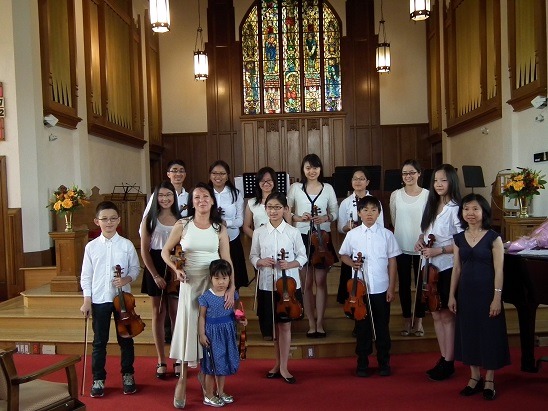 Anny will perform a program to include: 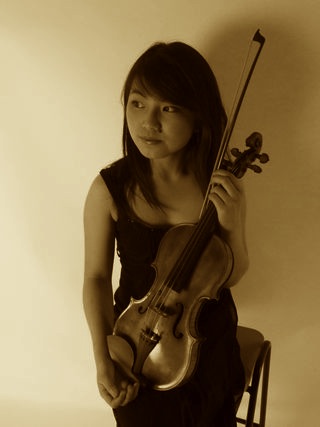 Anny Chen was born in Taiwan in 1994 and moved to Canada at the age of three. She started violin lessons at the age of four with Nataly Pogrebetsky and in 2001 she won 3rd prize in the National Canadian Musical Competition (CMC) where she was the youngest competitor.

In 2003, she was accepted at the Purcell School in England with full scholarship where she studied with Professor Evgeny Grach until July 2012.

In 2005 and 2006, Anny participated in the AIMS music festival in Solsona and she won the concerto competition there on both occasions, giving her the opportunity to perform the Bach Concerto in a minor and the Bach Double Concerto with the AIMS chamber orchestra, conducted by Leon Spierer (former concertmaster of the Berlin Philharmonic) and Nachum Erlich.

Anny has had solo performed at major venues in London, such as the Wigmore hall, LSO St. Luke’s and St. Martin in the Fields and in 2010, she was accepted into the Perlman Music Program in New York, where she goes ever summer and winter break to have private lessons, chamber music and orchestra with Itzahk Perlman.

Anny is also an active chamber musician and has performed the Brahms Piano Quartet in G minor and Schubert’s ‘Trout’ Quintet at the Wigmore hall and she was selected to lead the Purcell Symphony Orchestra at the Royal Festival Hall this March.  She has also had masterclasses with distinguished violinists such as Zakhar Bron, Itzhak Perlman, Eduard Grach, Sylvia Rosenburg, Zvi Zeitlin, Vladimir Spivakov and Boris Kuschnir.